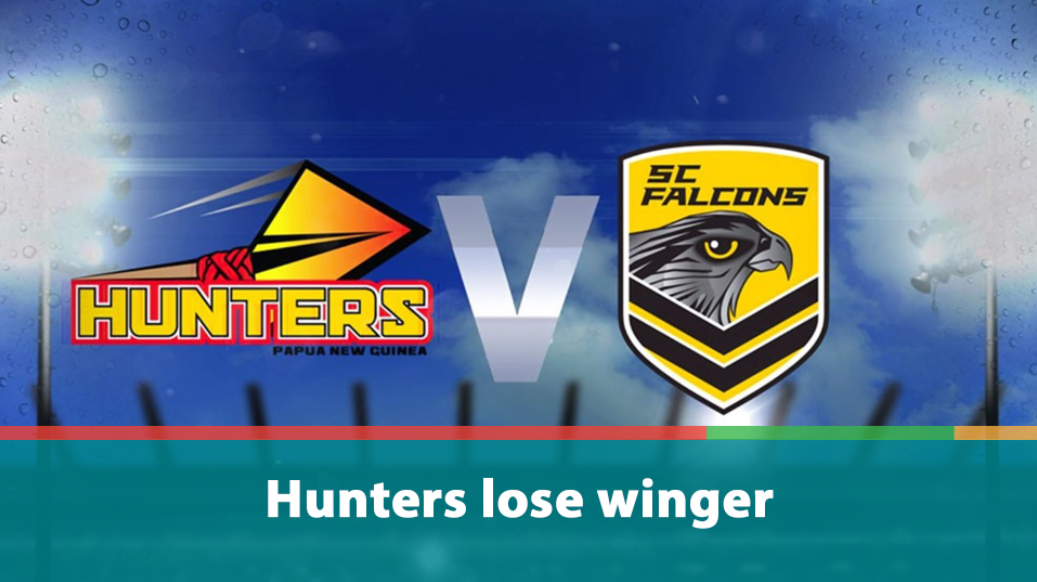 The SP PNG Hunters will play the Sunshine Coast Falcons this weekend without in-form winger, Brendan Gutuno who will be sidelined for eight weeks after suffering an injury early in last Saturday’s 26-14 win against the Cutters in Mackay.

A regular in the Hunters side since 2018, the 25-year-old had surgery on Monday to repair fractures in different bones in his forearm.

Norman Brown, 23, now has the opportunity to make his Intrust Super Cup debut on the wing when the Hunters meet the sixth-placed Falcons at Runaway Bay’s Bycroft Oval.

Utility back, Joe Joshua also joined Kumuls prop Enock Maki in having minor knee surgery to remove some floating bone. Both players are likely to miss a further three weeks.

Coach Matt Church is delighted with the start to this season, where Hunters are in fourth position after three rounds, with the only loss a 20-18 thriller against the undefeated Wynnum Manly Seagulls in the opening match.

“If you said to me a month ago – after going through a 31-day quarantine period and having no trial matches while other teams had three – that we’d win two of our first three games, I’d take it any day of the week,” Church said.

“It was very pleasing to get the win last weekend in Mackay as it was the first time in the Hunters’ history that we’ve played on the day we’ve travelled. It was a bit of an adjustment but, like just about everything else, the players took it in their stride.”

“They have been a surprise packet of the early rounds and even surprised me to a degree, considering the lack of preparation we had compared to other teams. And considering the challenges they’ve faced living away from home, it’s full credit to them.

“But we all know it is a long season and this Saturday will be a big test against a team that is consistently in the top half of the ladder and they will have some NRL experienced players. It will be a good test to see where we’re really at.”