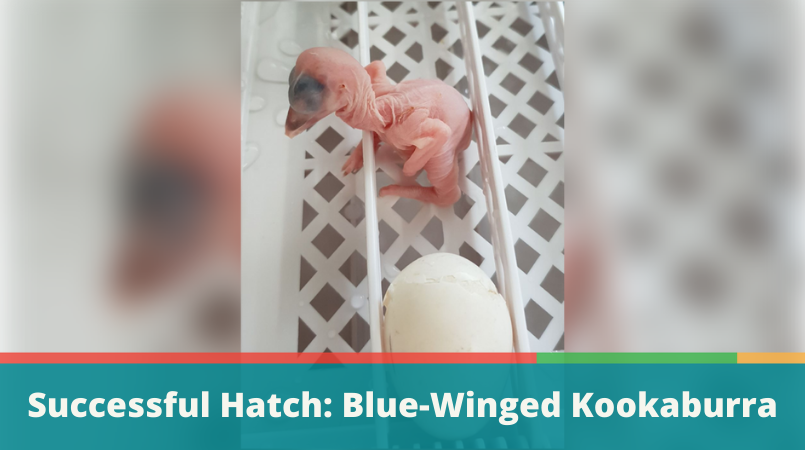 The Port Moresby Nature Park staff were greeted with a lovely surprise when they arrived to work this morning and saw a newly hatched blue-winged kookaburra chick sitting in the incubator.

In a statement, the Park said: “Not everything goes to plan at the Nature Park and this was the case with our resident pair of Blue-winged Kookaburras.

“After laying their eggs in a hollow log on the ground, we normally allow the parent to incubate and raise their offspring but unfortunately with the heavy rains one of the eggs was damaged and it was decided to remove the last remaining egg.”

It is good thing that Port Moresby Nature Park is equipped to care for the fertile eggs and artificially incubate them.

The Park confirmed the egg was fertile after looking at the egg through a strong light. It was incubated for the necessary 23-25 days until a fully formed chick developed inside and hatched during the early hours of the morning.

The chick has now moved to a humid crib where the staff will hand feed the chick every three hours with special food ensuring it receives the necessary dietary needs and is gaining weight. Once it has all its feathers and can fly, the Park will look at introducing it to its original parents and allow them to bond as a family.