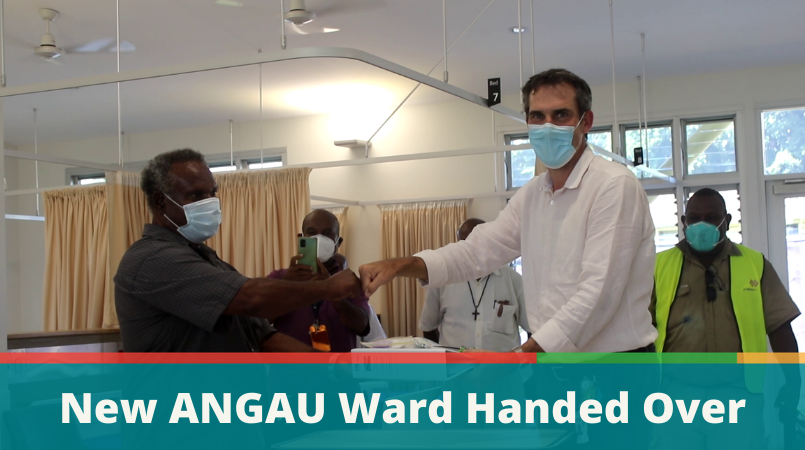 A new ward was handed over to the Morobe Provincial Health Authority on Tuesday.

Johnstaff International Development handed over the keys to the state-of-the-art paediatric ward in a small ceremony at the ANGAU Memorial Provincial Hospital.

“It’s all about strengthening the health outcomes for Lae and Morobe Province in general,” project director of the project delivery office – ANGAU redevelopment, Dave Lavers, made this statement during the handing over of keys to the Morobe Provincial Health Authority.

The new paediatrict ward, courtesy of the PNG-Australia Partnership, is the fourth new ward that is ready to be used. The other wards are birthing, TB and children’s outpatient.

Lavers said their focus is on setting up the best facilities for quality output.

“A good example is if you look at birthing, where the deliveries in birthing, we have seen improvements in that and that is ongoing,” he stated.

“COPD [children’s outpatient department] is another ward that was delivered. The paediatrics team operating there are having positive results and they’re improving their overall procedures.

“So there’s a constant improvement. You see the wonderful facilities that are here, as the staff are out to use them, they can go from cramped wards into more spacious facilities.”

Other buildings that are yet to be completed include the mortuary and waste facilities which should be completed early next year.

The keys were handed over to the acting director of corporate services, Aung Kumal, on behalf of the MoPHA CEO, Dr Kipas Binga.