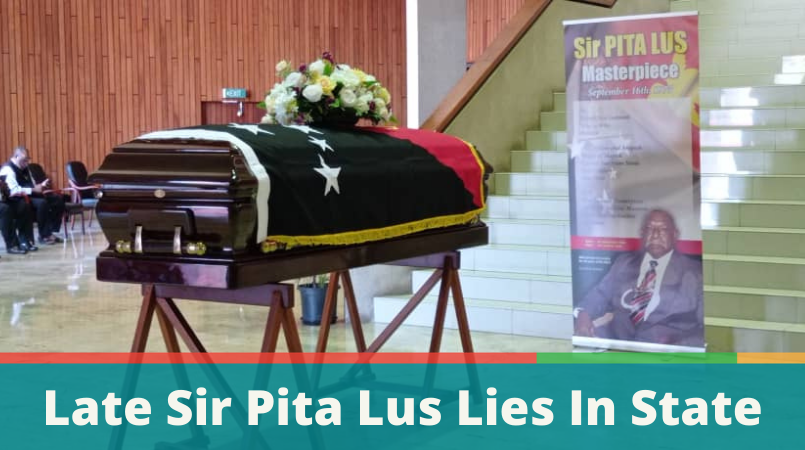 The casket arrived at the Parliament House at around 11am where it was carried by pallbearers from the Correctional Services.

The casket of one of PNG's founding fathers was draped with the PNG flag as it was received by the clerk of Parliament and escorted into the Parliament's grand hall.

The family of Late Sir Pita Lus was also present at the grand hall.

Late Sir Pita Lus was a masterpiece and a champion in bringing PNG to self-governance along with other founding fathers of our country.