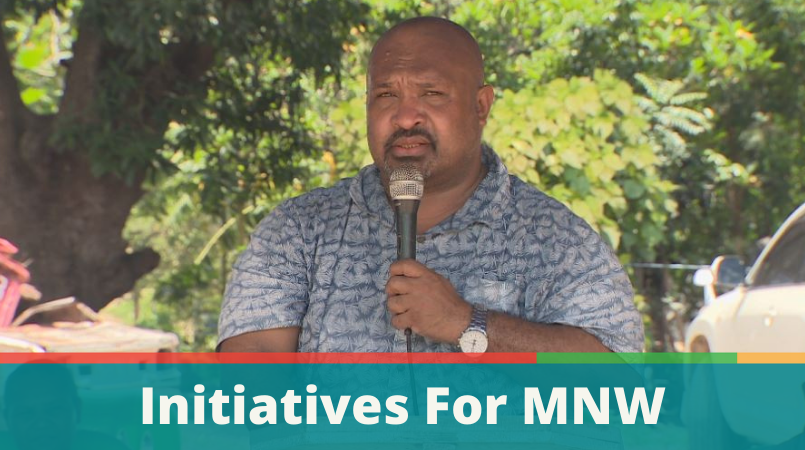 Member for Moresby North West, Lohia Boe Samuel, recently announced that posts worth around K6 million will be purchased for homes built over the sea at the Hanuabada and Tatana villages.

In addition, a ‘Walkway or Nese Rehabilitation Program’ will also be launched to maintain the rotten walkways in the villages that have unfortunately cost the lives of a few, including a young pregnant woman.

For the last twenty years, the lack of maintenance, neglect and the unfortunate financial inability to carry out repairs has seen some homes, topple over because of rotten posts. Just recently, three homes fell into this ugly fate.

MP Samuel, at the launch of a hygiene improvement project for Hanuabada on Saturday 23 October, announced that 8,000 posts worth K6 million would be purchased over the coming months to support families whose homes have fallen over. In addition, other homes will receive posts for reinforcement. Every house in each village will receive eight posts. Over 1,500 posts have already been purchased.

“As we speak, we had two or three houses collapse at Gabi.

“There’s an average of twelve to fifteen posts per house. But we will replace minimum of eight between every house. Just to ensure that no more houses are collapsing due to old age; bad stuff like that,” MP Samuel said.

In addition to the K6 million support for the houses, a ‘Walkway or Nese Rehabilitation Program’ is also in the works for the villages. MP Samuel said funding to rehabilitate and maintain approximately ninety walkways in the Hanuabada and Tatana villages would come from the electorate’s DSIP funds.

These projects are being simultaneously rolled out with other hygiene improvement projects for the electorate, focused on the sustainable development.

Meantime, MP Samuel also stated that his administration will be adopting a ‘Buy-Back’ initiative to support Moresby North West electorate’s recently launched, hygiene improvement program, to help improve and maintain the state of cleanliness in the community.

“Myself, Chairman Honorable Dadi Toka and our member lady and also our councilors have come together to share the costs where councilors of North West will pay half of the buy-back and councilors and the Chairman will pay the other half.

“So buy-back policy is I think K1.50 per rubbish bag. So you clean up your area, you fill up a bag of rubbish and you hold it. So the members will come and count how many rubbish bags you’ve accumulated or collected. Rather than throw rubbish around. We will come and collect rubbish from the people who are keeping the place clean,” MP Samuel said.