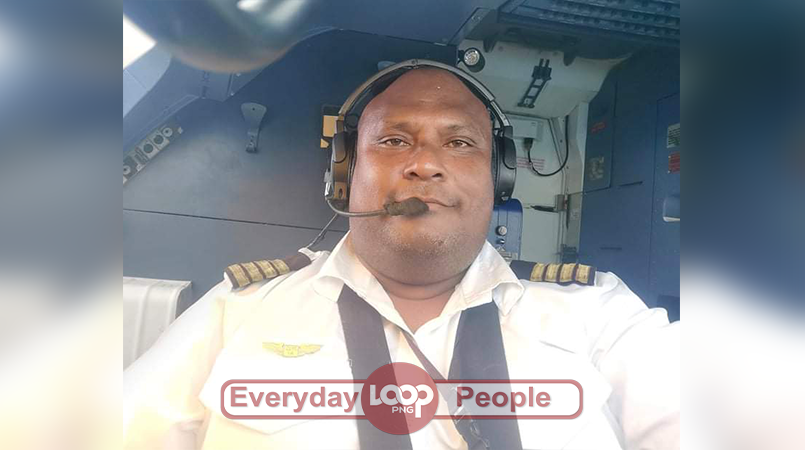 I am the third born in a family of six.

I got my commercial pilot license with multi-engine instrument rating and in September of 2002, I started flying the Dash8 aircraft with Air Niugini and eventually progressed onto the Fokker100.

After 12 years I resigned and took up a job with Hevilift.

I am a typical primary school teacher’s son and we travelled the country.

After my birth in Kavieng (New Ireland) in 1976, and we travelled the country extensively until 1981, when we moved to Bougainville.

The first real challenge that my family and I went through was during the crises in 1989; I was in grade 6.

In that year when the Panguna crisis became the Bougainville crisis, we were caught up in it and had to move because my father was teaching in a place that’s towards Panguna.

Amid all the heavy fighting and all that, the school had to close.

I moved to Kapere Community School in Arawa Town, where I completed year 6.

The following year all the non-Bougainvilleans had to leave Bougainville.

I stayed back with most of the Bougainville students and did grade 7 at Rigu High School, but that only lasted for half a year.

The school eventually shut because there were no services available at all.

Rigu high school was in Arawa.

My father was teaching in Buka, so I had to go and join my family in Buka.

We stayed there until the end of the year.

By then there were absolutely no services because the BRA was ruling the province.