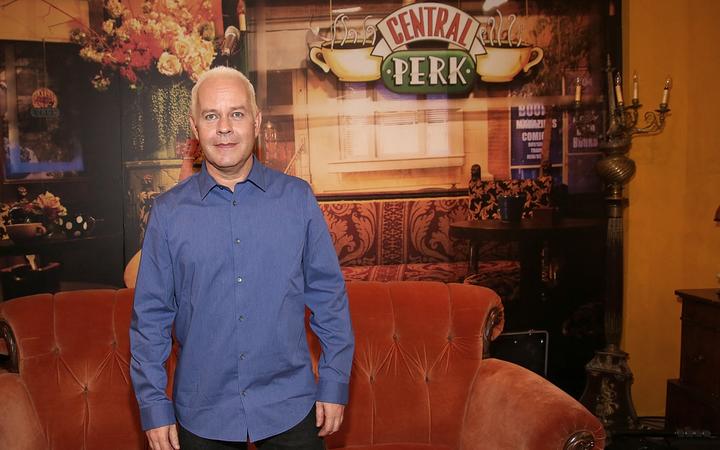 US actor James Michael Tyler, who most famously starred as Gunther in the TV sitcom Friends, has died aged 59.

Tyler died peacefully at his home in Los Angeles on Sunday morning, a statement from his manager said.

"If you met him once you made a friend for life," it said. "[He] is survived by his wife, Jennifer Carno, the love of his life."

Tyler was diagnosed with advanced prostate cancer in 2018 which later spread to his bones.

"Wanting to help as many people as possible, he bravely shared his story and became a campaigner for those with a prostate to get a... blood test as early as 40 years old," his manager said.

While he did not command the same amount of screen time as the six main Friends characters, Gunther was and remains a popular figure among fans.

Gunther worked as a waiter and manager in the show's coffee house, Central Perk.

He had a crush on Jennifer Aniston's character Rachel, who also worked there as a waitress in the show's early seasons.

"The world knew him as Gunther (the seventh Friend)... but Michael's loved ones knew him as an actor, musician, cancer-awareness advocate, and loving husband", his manager said.

In May, Tyler made a brief appearance on the Friends reunion special last month via Zoom.

"It was the most memorable 10 years of my life, honestly," the actor said at the time of the show.

"I could not have imagined just a better experience.," he said. "All these guys were fantastic and just a joy to work with. It felt very, very special."

While undergoing treatment, he continued to perform.

He starred in two short films - The Gesture and the Word, and Processing - winning best actor awards at various film festivals.

In 2021, his spoken word performance of Stephen Kalinich's poem If You Knew was adapted into a short video to raise awareness for the Prostate Cancer Foundation.