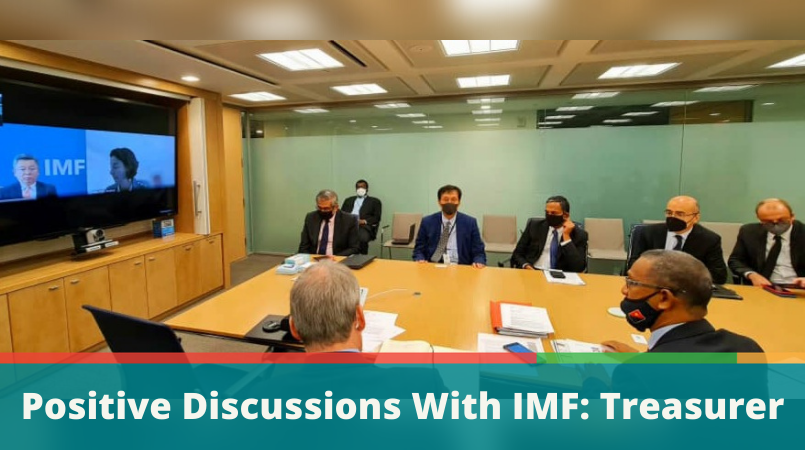 During discussions with the IMF in Washington DC, Treasurer Ian Ling-Stuckey highlighted that PNG’s economic repair and reconstruction process will take years.

“A steady hand of gradual reductions in the budget deficit will mean a return to budget surpluses, currently estimated by 2028 based on conservative assumptions,” stated Ling-Stuckey.

“There is a need for careful judgements in how we go about these fiscal adjustments – ensuring we continue to invest in education, health and infrastructure, ensuring we lift tax compliance, and ensuring we have better tax deals for future resource projects.”

The Minister outlined that the Marape Government is pursuing an ambitious economic reform plan.

“This includes dealing with the major budget deficit and debt holes created by years of economic mismanagement,” he continued.

“It includes getting growth going again, especially in the non-resource sectors such as the agriculture, forests and fishing sectors, tourism and SMEs. The global pandemic of COVID-19 has been a major budget and growth shock, but we will build back better.”

After the meeting, Treasurer Ling-Stuckey described discussions with the IMF as “very positive”.

“There was an opportunity to meet the Deputy Managing Director of the IMF, Mr Li Bo, along with senior staff and those working more directly on PNG.

“The Deputy Managing Director commended the progress PNG had made on economic reform.

“The Treasurer passed on the Prime Minister’s gratitude for the support that the IMF had provided to PNG. There was strong interest on how PNG could lift its very low vaccination rate.

“The IMF were interested in PNG’s views on how the IMF could do better. The IMF are suggesting forward looking priorities for the world of ‘Vaccinate, Calibrate and Accelerate’.

“During discussions with IMF executives and their PNG team, led by Tahsin Saadi Sedik, there was an excellent exchange of views.

“Partners can have different views on issues such as the pace of budget repair and growth prospects. This is healthy when the discussions are based on mutual respect.

“I had hoped that during the meetings, we would have finalised an agreement on the next stage of IMF support for PNG’s economic reforms. We are very close but a little more time is needed to ensure the details of the program, such as the background documents, reflect PNG’s own economic reform program.

“This is in our nation’s interest, similar to our negotiations with resource projects.”