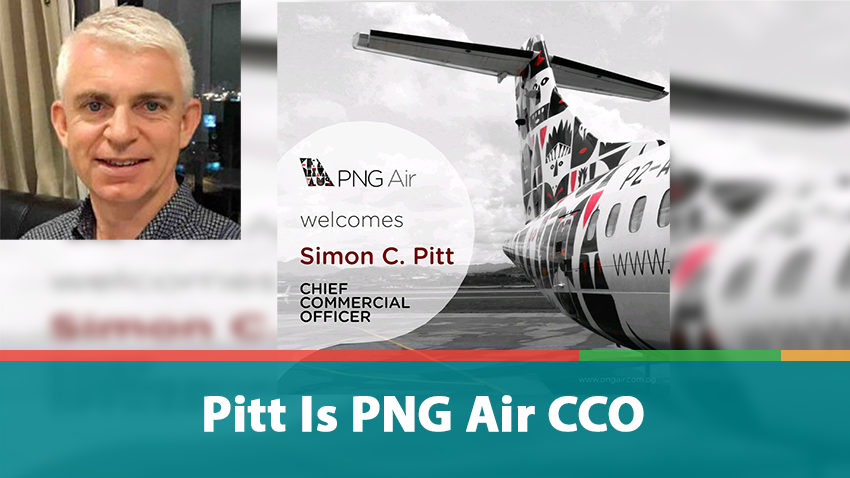 The Board and Management of PNG Air has announced the appointment of Simon C. Pitt as the new Chief Commercial Officer.

Mr Pitt takes on the role from Nancy Nakikus, who has been Acting Chief Commercial Officer since May this year.

In a statement, PNG Air said he would be in charge of the commercial division for both the passenger and cargo, supporting business changes that the organization is going through.

The airline said: “Mr Pitt brings to the company a wealth of experience from leading international air carriers spanning over 30 years in management and leadership roles in Australia, Japan, the United Kingdom and the United Arab Emirates.”

PNG Air thanked Ms Nakikus for her leadership in the acting role and welcomed Mr Pitt to Port Moresby and Papua New Guinea and looks forward to working with him.