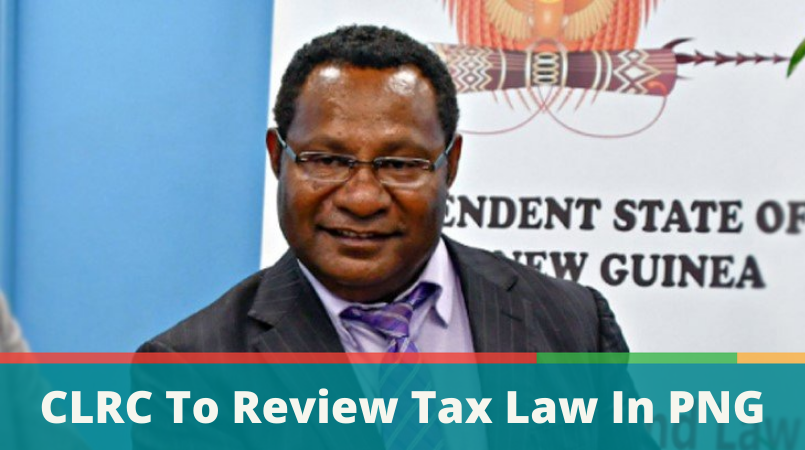 The Constitutional and Law Reform Commission (CLRC) will be reviewing the laws on personal income tax following the launch of its issue paper on October 1st.

“This review is quite necessary because income tax seems to be very high in PNG,” he said, adding, this is according to the submissions made to the Tax Review Committee in 2014.

He said an internal discussion paper of 2018, which triggered the review, indicated, among other concerns, that public servants in particular are not benefitting from tax incentives and privileges, and consequently, most public servants working in towns and cities have been pushed to live and work from settlements and villages, exposing their lives to health and security risks.

Dr. Matui said the public and relevant stakeholders would be consulted to gauge their views on the Key Issues, including:

He said CLRC is also mindful of the Government’s concerns and reliance on taxes to fund the National Budget, adding CLRC will tread this review with due consideration.

Dr. Matui said consultations, which is a legal requirement, will run in selected provinces starting with Eastern Highlands and Madang on the 4th and 5th of October, Simbu and Morobe on October 7th and 8th, Manus and Oro on October 12th and 13th and NCD on October 27th.

CLRC is also accepting written submissions until the 5th of November 2021.

The Commission is encouraging the public, tax experts, and persons who have working knowledge of tax or tax related matters to contribute their views by attending the regional consultations, visit the CLRC website and Facebook page.