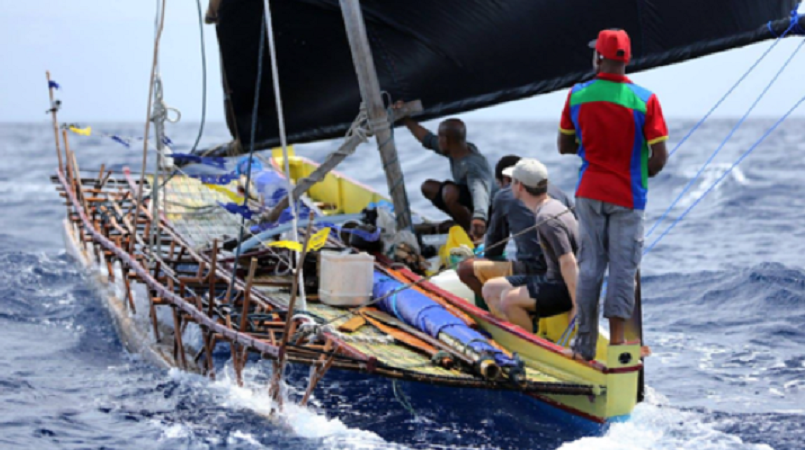 Jensen is a young Danish adventure filmmaker, illustrator and speaker who has paddled around Denmark by kayak and crossed the North Atlantic by sailing boat.

He has a significant knowledge and great interest in tropical fauna and has a fascination for indigenous people around the world and their ways of life.

Jensen started his journey at Tawali Resort in Milne Bay Province and this is where he will end his journey.

He is accompanied by three of the best sailors from the Milne Bay, Job Siyae, Sanakoli John and his brother Justin, that are teaching him how to live and sail like a local.

Jensen explained that he is undertaking the journey to learn to sail these boats that have been used for generations.

He wants to learn to live like the locals, experience the diversity of cultures and environments, and to share the adventure as it unfolds trough updates on social media.

Having a background in tourism, Jensen is collaborating with the tourism office in Alotau in developing a business model to secure the three sailors business in tourism.

Jenson and his crew have so far successfully travelled the first 600km through Morobe and Madang waters.

The canoe is now safe ashore at the Madang resort where some important improvements are being made on the canoe, including drying out the new outrigger before he continues his journey towards Sepik.